We Are In a Race Against Time! Why Be Sustainable… 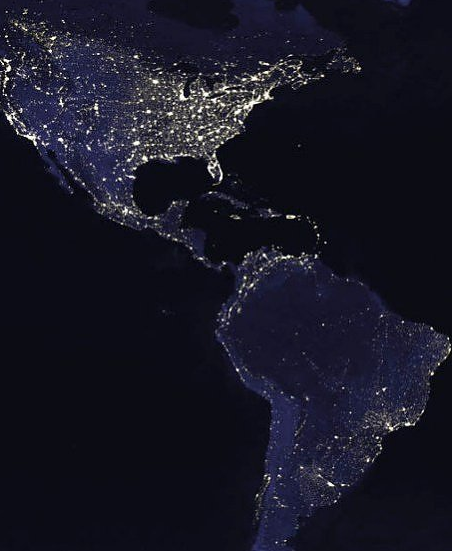 Looking at an aerial view of planet earth is breathtakingly beautiful. The fact that we have the ability to launch into space and take pictures is awe-inspiring. With the rapid growth of technology, it seems that human intelligence has no limit.

But if you contemplate that same picture with a different filter, you might become aware that the humans species has evolved into the classic definition of “parasite” to our home. The lights and land structures we view from space are more analogous to an MRI that shows cancer.

We learn in basic science that life is an intricately balanced web. Can the flap of a butterfly’s wings be responsible for a hurricane across the globe? I don’t know. But every cause has an effect, and biological systems are delicately intertwined with their environment.

Religious ideologies hold that humans were given the earth by God, and granted dominion over all living things. Wars are fought over land supposedly bequeathed as birthright. And humans (in our culture) are disconnected from nature, seeing our selves as separate. In fact, however, we are nature.

Most of us live in mental boxes of who we perceive ourselves to be. We focus on things like politics, economics, borders and boundaries. We are ruled by our schedules, social expectations and the desire for more things.

Yet when you zoom out and look at the big picture, backing all the way out to space,  these human-created dramas become irrelevant in the magnitude of our earth. What we see instead is blue water. And green plant life. And rocky mountains covered with ice caps. 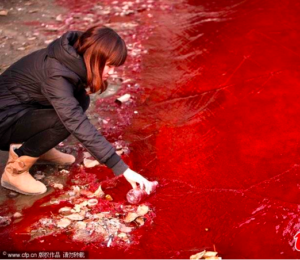 These are the same things held in disregard as we pour toxic chemicals and tons of trash into our waters and soil. We chop and burn our forests, blow off the tops of our mountains, and drill deep into the core to suck the life force from our center. We take what we need because we feel entitled to do so, and consequences of our actions are usually blamed on someone else.

We’ve become talented alchemists, able to turn ancient bio-carbons that took millions and millions of years to form into disposable supermarket products. We subsidize our lives with non-renewable fossil fuels, and our hunger for oil is rising exponentially, as is our population.

One hundred and thirty years ago, there were one billion people living on earth. It took only another 30 years for that number to double, and when President Kennedy was in office, there were only about half as many people as there are today.

Why be sustainable? Because the earth can’t support all of these people, living in fragmented and inharmonious ways. And for those who want to deny that global warming isn’t real, they’ll need to explain why there will be 150 million environmental refugees at any one time by the middle of this century, displaced by hurricanes, floods, droughts and earthquakes.

Our way of life has become the weapon of mass destruction we all fear. 95 percent of old growth forests in the US are gone, as is 90 percent of the big fish in the ocean. Twenty percent of the artic ice has melted. For every truckload of product shipped to big box stores, there are over 32 truckloads of waste produced, beginning when the resources are taken from origin.

In this country, and through out much of the world, you are either a person or property. Forests, lakes, mountains, farmland, and animals have no rights, and are conquered, possessed, deconstructed and sold. Owners mine for corporate profit, taking what they want and leaving destruction and trash for the future.

The earth will survive. She’s been here for 5 billion years. People on the other had, are new, coming onto the scene analogous to less than one second is in a day. She can hibernate in a dark age as long as it takes to recoup and heal from the cancer that humans have become. 99.999 percent of all species become extinct, but overall biodiversity is resilient.

Why be sustainable? Because if humans fail, plants, bacteria and fungus will inherit the earth to detoxify our damage. It will take millions of years to undo the damage. But earth has all the time in the world.

We, however, do not.

Humans are in a race against time. Political and corporate leaders have ignored that we are moving into an environmental age. All of the problems on earth are created by human beings. and only we can bring about the solutions.

What is the solution?

Systems thinking and sustainable design are the ways of the natural world. Product life doesn’t begin in the store and end at the trashcan. Solar, wind and water energy are capable of meeting our needs. We have the technology, and the ability to develop more, to sustain our lives.

If only we demand it. Personal action is the ONLY thing that will help. It may seem inconsequential, but it collectively adds up. Politicians are voted in on election day, but corporations are voted for with every dollar you spend. You vote your approval when you make a purchase. So go slower and choose wisely. It matters.

Ignorance and inaction have brought us to this crisis of species.

This can be our finest hour, or it can be the moment of our demise. If you walk away from this post and go back to business as usual, you can be assured peace will prosper and beauty will remain. We just won’t be here to bear witness.

It’s that bad, people. It’s time to Wake Up. 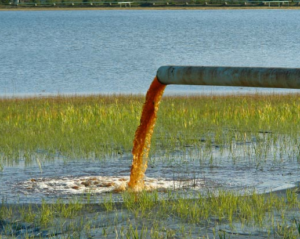 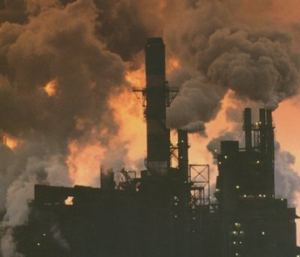