There is No “M” in Sober 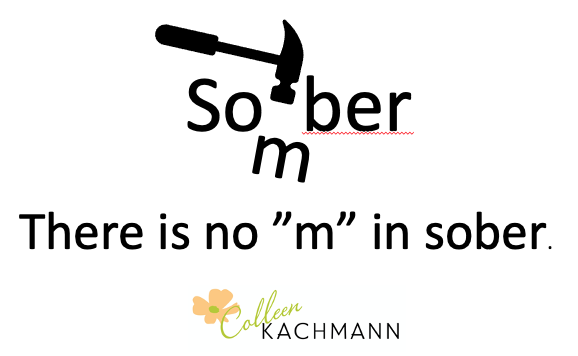 My alcohol-free journey is unfolding in beautiful and simple ways, right in the middle of the day-to-day difficulties of life (during a pandemic). I’m moving at an intentionally slow pace. Most days, I don’t feel like I’m accomplishing much. But when I look back over the last eight months, I see how far I’ve come on all fronts. I used to hit the day running, trying to accomplish more before breakfast than other people can in an entire day (intermittent fasting until noon was my cheat). The need to prove myself was harsh and fueled by anxiety–a direct consequence of my alcohol use. Now, I prefer a slow start: checking in with myself; setting intentions for the day; honoring my space; focusing on gratitude and peace and hope.

Life is so much easier without the chaos in my brain and body—the below-surface chaos I didn’t even realize was there until it was gone. The fact that I no longer need or want to drink still shocks me—into smiling. I don’t ever want to go back there. I’m coming to terms with the fact that I was a full-blown addict, disguised as a busy mom and super-healthy health coach. It snuck up on me. “Did it?” You might ask. “Really? How sneaky was it?” Well, we all know hindsight owns the market in the obvious. But for a long time, I was a naïve little frog in a pot of warm water, enjoying a glass of wine after a rough day. I failed to accept the water had started to boil, the entire bottle was gone (again), and I didn’t have the strength to jump out.

Why did it take me so long to break free? I don’t shy away from hard things—especially when they are clearly within my ability. Technically speaking, not drinking doesn’t require a specialized skill set. I’ve run marathons (with a hangover), learned to open water SCUBA dive and breastfed a baby while potty training a toddler and functioning on no sleep. Pushing through pain is my thing. What was I so afraid of?

Let me try to articulate my fear.

I was afraid of cutting off my supply. If I admitted there was a problem, it’s a forgone conclusion that I should stop buying alcohol. Maybe even stop drinking it too. That’s a non-action I didn’t want to be forced into. I was afraid to lose control and in denial of the fact that I had already lost control. Every day, I cycled between the tension-building and honeymoon phases of an abusive relationship. I didn’t want to move forward because I was so focused on going back—back to a time when I could take it or leave it, set limits and act in my own best interest. Back to a time when I could drink and feel happy. Back to a time before it all seemed pointless. Back to a time when I followed my own rules. I wanted to control my drinking, not stop drinking. Cutting off my supply of alcohol would also cut off my identity. I was a drinker, not a quitter. I had to make my relationship with alcohol work.

I had FOMO—fear of missing out. I was afraid that life wouldn’t be fun anymore—that I wouldn’t be fun anymore. My pronouns are she/her and I identify as a party girl. I believed, as so many of us do, that alcohol eases anxiety and promotes relaxation. Certainly, I felt better after the first sip. Just one sip opened the valve and released the pressure that had been building all day. That first sip had become the highlight of my day. I’ve since learned that alcohol jacks our brains with so much (feel good) dopamine that a counter assault of (feel bad) cortisol and adrenaline is launched in response. This is why regular drinkers have trouble enjoying social functions without their drug of choice. They need a shot of euphoria to balance the drag. (Both of which are a function of brain chemicals and not objective reality.) The process of chasing a buzz forges a connection between drinkers—the conundrum and the cure. I didn’t want to forfeit my sense of belonging with the other problem solvers.

I was afraid of change. The rut I was in still qualified as a comfort zone. What would be left if I quit drinking? What would I hold in my hands? How would I calm my busy brain? How could I have a pleasant conversation without a bit of a bump? What would I laugh about? What would I focus on? The irony was that life had already changed. My mental and emotional state was chaotic. I wasn’t connecting with people. I hadn’t laughed in a long time. I couldn’t focus on anything but the next drink. Alcohol was once paired with friends, food and fun. Now it was a futile ritual conducted mostly alone. Drinking had sapped all of my energy. The thought of figuring out how to not drink was exhausting. Drinking was easier. Until it wasn’t.

Quitting required a hard stop. Anyone who has tried knows that attempting to drink less doesn’t usually fix the problem. It’s like people who eat less and lose a bunch of weight, only to end up heavier a year later. Because they are hungry. Maybe thirsty too. Willpower is not an effective strategy if you still want what you can’t have. You’ve got to rewire your brain and learn to want something else. A hard stop induces discomfort—often so much that it proves to be impossible to do alone. It requires an alcoholic to do what an alcoholic stopped doing a long time ago—admit there’s a problem, ask for help, and surrender the supply.

Teetering on the edge of the decision is brutal. It’s feels as overwhelming as that hiker who must cut off his own arm to free himself. Except it’s not. You just have to put down the drink. You can keep your arm.

Early sobriety is no picnic either. I tried to experience every symptom of withdrawal and detox as confirmation that quitting was necessary. The charade was over and I was heading home—to myself. When I lay awake at night, soaking my sheets with night sweats, I felt gratitude to have escaped. When I couldn’t focus during the day and was too exhausted to do much of anything, I gave myself permission to rest. I let things go, I called in sick and I didn’t apologize for taking care of myself.

Honestly, I did beat myself up more than I’m acknowledging. But my primary focus from the beginning was to stop doing that. Self-care is not self-indulgent. When I was drinking, I kept going at all costs, hiding my pain and problems. Admitting them might have implicated the alcohol, and my addiction could not allow for that. I blamed others where I could, but I mostly kept quiet in my suffering because I suspected that alcoholism might be the problem.

It feels amazing to finally be able to admit that alcoholism was my problem. That took a minute. It started with a silent surrender. And for months, it was at most a whispered agreement. Now it’s a roar. I still feel some shame, but I’m hitting the override button. Courage isn’t the absence of fear. It’s action despite the fear. My aversions to somberness have proven to be unfounded. There’s no “m” in sober. It hasn’t been easy, but it sure beats drinking myself into mental and physical isolation and agitation.

Sobriety programs usually include making amends. I was eager to make whatever apologies necessary, purging my shit once and for all.  However, I’ve realized that the first apology—my primary amend—would be to me. I have hurt, denied, betrayed, neglected and wronged myself. I own that without shame because it’s my truest story. I wouldn’t be here if I hadn’t gone there. Feeling whole and empowered, I can now acknowledge the hurt I’ve caused (myself and others) and take action—which is the only amend that really counts.

Are you struggling with sobriety? Maybe I can help. I have an MS in health coaching with applied nutrition and a professional recovery coach certification. I’m also 47 years old and dealing with and learning about midlife hormone issues, which make everything more difficult. If you want support, email me at colleenkachmann@gmail.com to schedule a free consultation. 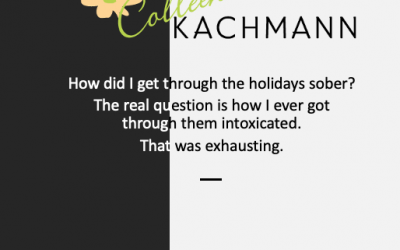 The question isn’t how to stay sober during the holidays but how we survived them intoxicated. 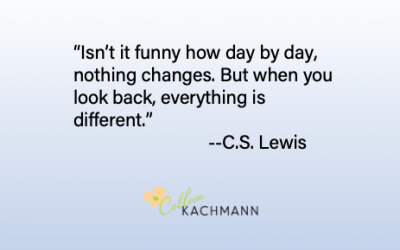 What is Post-Acute Withdrawal Syndrome? (PAWS)

I quit drinking and overcame alcohol use disorder, but I’m still struggling. What is post-acute withdrawal syndrome and when do I get my sober superpowers? 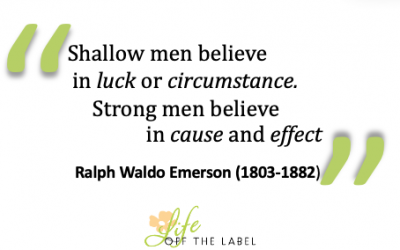 What is an Alcoholic?

Despite our society’s belief that most people are normal drinkers and only assholes are alcoholics, alcoholism is more of a journey than a destination. 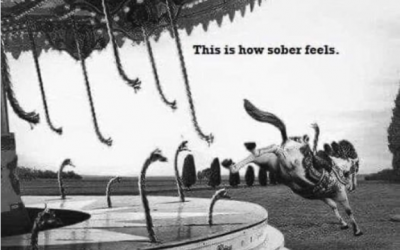 Is Alcoholism a Mental Illness?

Alcoholism is, in fact, a mental illness. However, the anxiety, depression, negative thinking and other psychological symptoms are the effects of heavy alcohol use, not the cause.