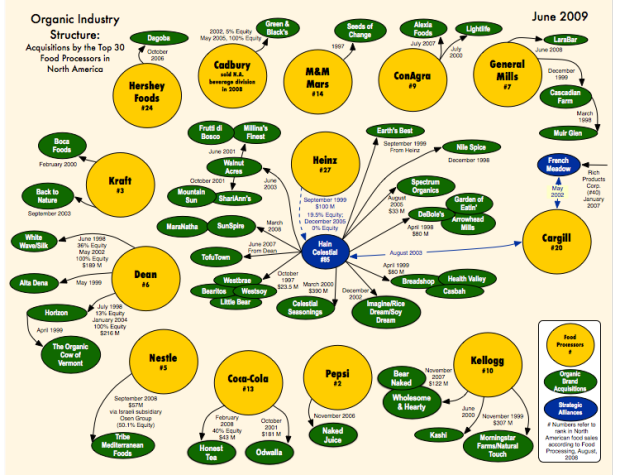 I don’t mind putting up with tedious government regulations for the sake of living in civilization. There will always be people who are willing to throw toxic sludge into the river in order to save a buck if no one’s looking…if not because they are inherently evil, then only because they are ignorant. In theory, checks and balances create accountability.

I learned a lot about sustainable farming when I worked for Green B.E.A.N. Delivery as the Fort Wayne market coordinator. Demonstrating compliance for the organic certification process takes a lot of time and money. Many small farmers focus on producing high quality food while protecting the environment, and can’t afford the extra bullshit to fertilize their crops with an “official” stamp of approval. So they label themselves “sustainably grown” and quietly go about their business.

I use Green B.E.A.N. Delivery for the majority of my grocery shopping, and one of my favorite items is Phoenix Organics “Great Balls of Tofu”. They are seriously the best!–and are the only product I regularly stock because I haven’t been able to easily recreate them from scratch in my own kitchen.

So when GBD stopped carrying them, I cried. But then, I remembered that I don’t take “no” without a fight, and I called the manufacturer directly. The company didn’t have an on-line store, but the owner kindly agreed to send me a case. (They store well in the freezer.) I was back in business!

Phoenix Organics makes the Great Balls of Tofu, as well as thick, restaurant quality veggie burgers and a delicious egg-less salad. They are located in Spencer, West Virginia. Coincidently, I travel in that direction a few times a year to play in the New River Gorge. When my sacred supply dwindled down to the last pack in the case, l decided to take a road trip, and drive my four kids and large dog, with all of our bikes, kites and gear to West Virginia for a little playtime. And as the gorge is conveniently close to Phoenix Organics (only in theory…getting there was an quite an adventure), I’d replenish my Great Balls of Tofu. Double win for me!

The 2 hour detour turned into five, partially because my iMap didn’t sync with the rural road signs (even Google can get lost in West Virginia!). But also because from the moment I met Bill Quick, the owner, I recognized a kindred soul, and we became fast friends. On a tour of the facility, I saw how tofu is made, and how important integrity is to the process. He didn’t bat an eye at all the kids and dogs and crazy hot mess that I am, and I couldn’t care less that his office was in the break room, and that wifi wasn’t an option. We just started talking, and didn’t stop for several hours.

He proudly showed me around his facility, which included equipment that has been in use for nearly 100 years. Unlike large factories that use automated processes to increase efficiency and profit, Bill’s company believes in quality and old-school integrity. They use real people, non-gmo soybeans and fresh running water to prepare one-of-a-kind recipes. They are sustainable in their systems, and do things right the first time.

In prior years, it cost $793 for Phoenix Organics to go through the USDA organic certification process. But a cost-share program sponsored by the USDA and the WVDA offered $702 in rebates (for those willing to jump through another set of hoops). So last year, less than $100 was needed to demonstrate compliance.

But with an update of the 2013 Farm Bill, cost-sharing was eliminated, and the price tag for the organic certification process increased dramatically.

Phoenix Organics now faces a minimum $2400 obstacle course to prove that they are (still) doing things right. (Isn’t it funny how our government subsidizes conventional commodities that are responsible for much of the planet’s pollution to the tune of $20 billion/year, but charges the little guys profit-crushing fees in order to show they aren’t using fertilizers, pesticides and unnatural processes? Isn’t that INSANE?)

Last year, the inspection of the Phoenix Organic’s facility took place in Bill Quick’s office. It took six hours to ensure all the paperwork was all in order. As the interview concluded, it was Bill who invited the inspector to tour his business. He’s proud of his work, and he found it illogical that the USDA seemed to just want the “i’s” dotted on the forms (and the check, of course).Why wouldn’t they want to see the processes in action?

To put that in perspective, when the rabbi came to certify the facility as “kosher”, he didn’t care about the files and forms. He simply wanted to SEE if things were indeed kosher. When Bill questioned him, the rabbi answered, “Um, Paperwork is irrelevant. I answer to a higher authority.”

Bill Quick made the decision to keep his $2400, and stop playing games with the USDA.

This means that although Phoenix Organics is produced under strict organic conditions, they are no longer USDA certified. They now have to remove the word “organic” from their brand name, packaging and labels. Evidently, the USDA owns the monopoly on the word “organic”, and no one can use it without paying homage. (Incidentally, it’s not cheap to refile trademarks and domain names, design new logos and reprint marketing materials to eliminate “organic” from everything. And even though they ARE still organic, it’s illegal for them to use the word.)

So they’ll have to depend on smart customers to recognize the integrity behind their new “sustainable” approach, hoping that “organic” discussions between friends and neighbors will educate their customers on the unsustainable rules behind the organic certification process.

Sustainability occurs when a process can continue indefinitely without robbing Peter to pay Paul. It’s about balance. Both conventionally produced and USDA certified organic crops are ultimately a part of the system that is wreaking havoc on our bodies and environment. And as larger producers and corporations respond to consumer demand for “organic” food, they will industrialize the process to maximize the productivity of farmers, animals and land. In many cases, they already have.

Corporations are designed to do one thing…create a marketable product that will make money for shareholders. And you can bet that those same shareholders will lobby our law makers to change the “organic” regulations they find profit-limiting. And it’s a slippery slope back to business-as-usual. A quick look at the graphic above demonstrates that the same old wolves are gaining control of the hen house that just wants access to healthy food.

In the end, the term “organic” is quickly being reduced to a legal term that changes with every election cycle. The Golden Rule in America has become, “he who has the gold makes the rules”.

Before I was able to publish this, I was informed that Bill Quick passed away. The day of my visit, we had decided to partner together. Waking Up Vegan would create an on-line store so that more customers can have easy access to these amazing vegan, gluten-free and kosher products.

I am so sad! I regrettably did not take a picture of the two of us on the day that we met, assuming I’d just get it “next time”. It hurts to realize that sometimes, there isn’t a next time. I’ve been told that his son is taking control of the business, ensuring that Bill’s legacy lives on. If asked, I’ll still create the e-commerce store. Hopefully, this sustainable business will continue to grow and be prosperous for that family and community. 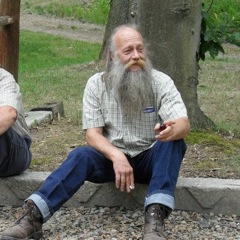 Rest in peace, Bill! Listen to my rough interview with Bill Quick, owner of Phoenix Organics, recorded just before he passed away. Bill and I discuss his experience with the organic certification process.