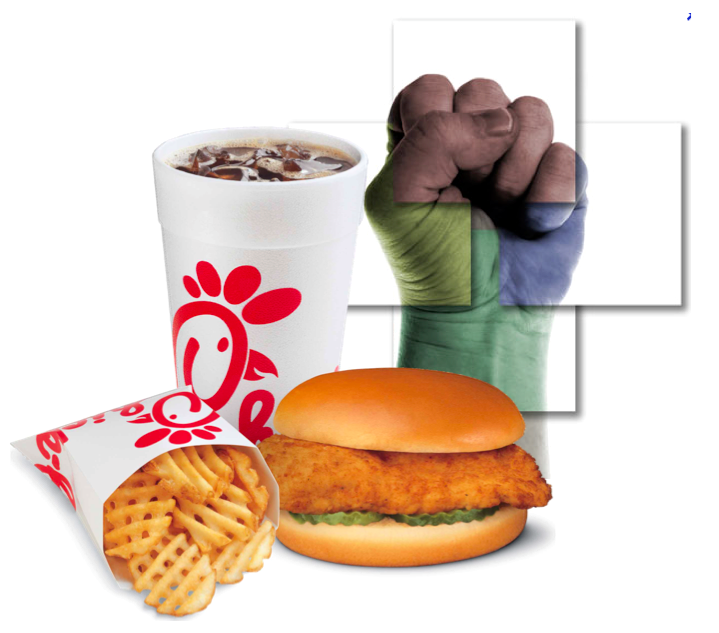 A food-lethargic nation briefly awoke from slumber this week to rally for or against gay marriage. The passion and conviction that drew us all to action demonstrates that indeed, we are well aware that our purchases have broader implications than the transaction at the sales counter. Where something comes from, who sells it, how it is made, and what the purchase says about our social convictions all factor into our decision-making process.

Chick-Fil-A  became the ballot booth for gay-marriage when Presidential candidate Mike Huckabee designated Wednesday, August 1, as National Chick-fil-A Appreciation Day. The privately-owned fast food chain had taken a clear stand against the issue in an interview:

Dan Cathy, the president and chief operating officer of Chick-fil-A, was invited to appear on the “The Ken Coleman Show,” during when he revealed that those advocating for same-sex marriage will in turn bring “God’s judgment” upon us.

“I think we are inviting God’s judgment on our nation when we shake our fist at Him and say, ‘We know better than you as to what constitutes a marriage,'” Cathy said. “I pray God’s mercy on our generation that has such a prideful, arrogant attitude to think that we have the audacity to define what marriage is about.”

Cathy explains that the company that his father created and the one that he now runs is possible because of family and the support that families offer.

Throngs of people descended on the fast food chain to purchase chicken sandwiches in support of Dan Cathy’s morals. People recognized what power their purchases give them, and collectively opened their wallets in expression of their convictions.

And it was awesome.

Don’t get me wrong, I believe that all people deserve equal rights. Individual interpretation of the bible’s stance on gay-marriage is irrelevant; in the United States, it’s the constitution that is our foundation for civil law.

But whether you super-sized in support, boycotted in protest or simply avoided the food and the issue, we are reminded that nothing is without consequence. We are each very powerful, and what we buy for lunch does make a difference.

Unfortunately, there are no line-item issues. When you vote “yay” or “nay”, it’s a package process. You’re vote may have consequences for which you did not intend. If you made a purchase from Chick-fil-A this week (or any fast food place), you also voted in support for:

Individually, we have created the health and environmental crises that now threaten our collective future. We each must choose for ourselves what issues are of greatest concern, and then cast our ballot accordingly. But before you decide, do your homework. Your vote counts.