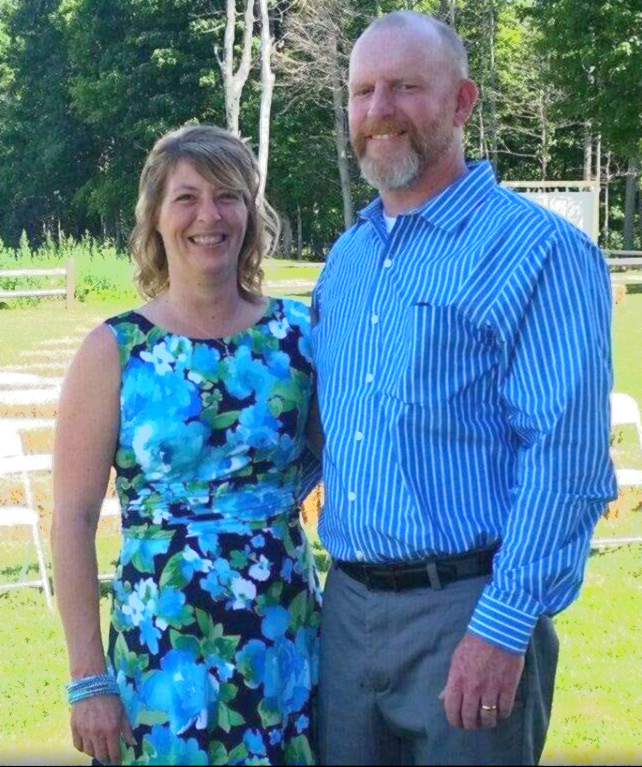 In November of 2017, Jodi Gardner, a 50-year-old administrative assistant for Trine University, was sick with what seemed to be a nasty bug. She had an intense headache and had been vomiting for days. Unable to shake it, she went to an urgent care clinic.  She was treated for a sinus infection and sent home to rest.

By the first week of December, however, Jodi was getting worse instead of better. Her weight was dropping at an alarming rate. Her cheerful and engaging personality turned lackluster and unresponsive. She couldn’t shower—she couldn’t get out of bed. Family members were frightened by her rapid deterioration. They voiced their concerns to her doctor. Jodi was sent to Cameron Hospital for a brain scan.

The scan revealed a stage 4 Glioblastoma multiforme (GBM), the deadliest form of brain cancer. Jodi’s tumor was the size of a baseball and crossed the midline—which is the worst-case scenario. Without treatment, survival is typically three months. Even advanced medical care only extends life expectancy 12 to 15 months. Jodi was taken for emergency surgery at Lutheran Hospital, and 97 percent of the tumor was removed. But her surgeon, Dr. Jeffrey Kachmann, was candid with Jodi and her family about the prognosis. “With such an aggressive resection and treatment, it is possible to see miracles. But I’ve never seen one. In this case, it’s unlikely.” 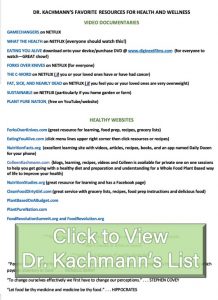 Dr. Kachmann also offered a directive. He advised the entire family: “Diet is your best weapon. Sugar feeds cancer. Processed foods contain chemicals that cause inflammation and prevent healing. If you want to add years to Jodi’s life, she needs to eat a strict, whole food, plant-based diet.” He gave them a list of his favorite documentaries, books and websites and encouraged them to do more research on their own.

Hearing a thread of hope, Jodi’s husband took Dr. Kachmann’s advice. Doug, a 49-year-old engineer, watched the films and read several books. By the time Jodi got home from the hospital, the pantry was clear. Jodi’s Mountain Dew, M&Ms and cigarettes were gone. He said, “I got rid of the obvious bad stuff and just did the best I could. I was already used to cooking dinner every night, but we had been a meat and potatoes family. I just started making substitutions—you know beans instead of meat. But Jodi couldn’t eat much after surgery, anyway.”

The next few months were perilous. Jodi resisted the dietary changes that she felt were being imposed on her. “I was actually mad,” she says. “I loved Mountain Dew. I used to keep a case in my car.” She longed for the foods that were previously a source of comfort; the new rules irritated her. She sometimes referred to Doug as her “truant officer” when he blocked a craving.  And once, at the grocery store, Jodi asked Doug’s sister, Julie, if she was the “food Nazi.” Julie recalls, “I answered honestly. ‘Yes, I guess I am.’ It was okay that she was mad. I’d rather be the bad guy than have an empty seat at the table.”

For several months, Jodi struggled with the dietary limitations. Meanwhile, chemotherapy and radiation were delayed. The incision on her forehead wasn’t healing and she had to undergo plastic surgery. The setbacks proved to be devastating. At a checkup in February of 2018, she was told the tumor had grown back. When Dr. Kachmann delivered the news, he asked Jodi about her diet. She openly admitted to what she felt were minor lapses. He reiterated the importance of completely avoiding sugar and eating plant-based. She decided then and there, no more exceptions. This was life or death. 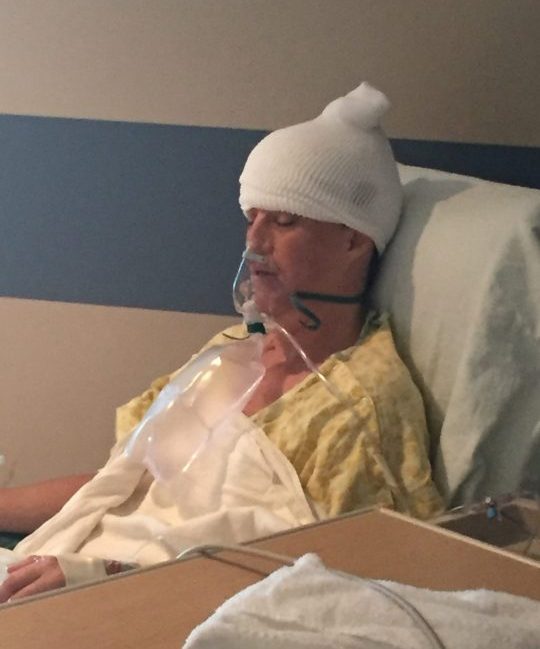 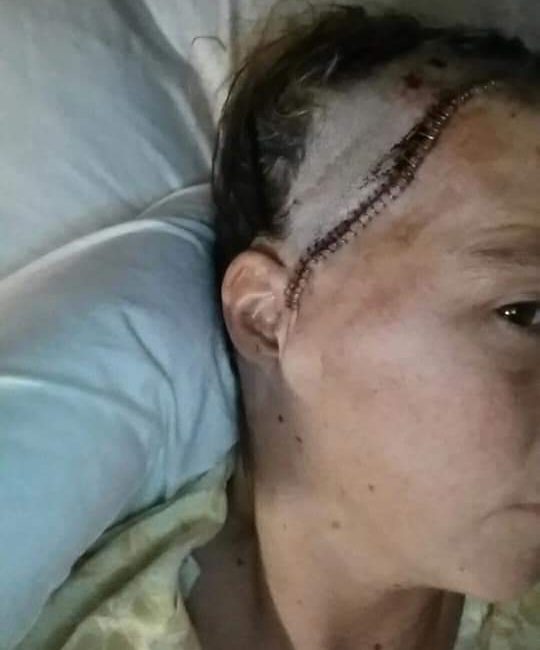 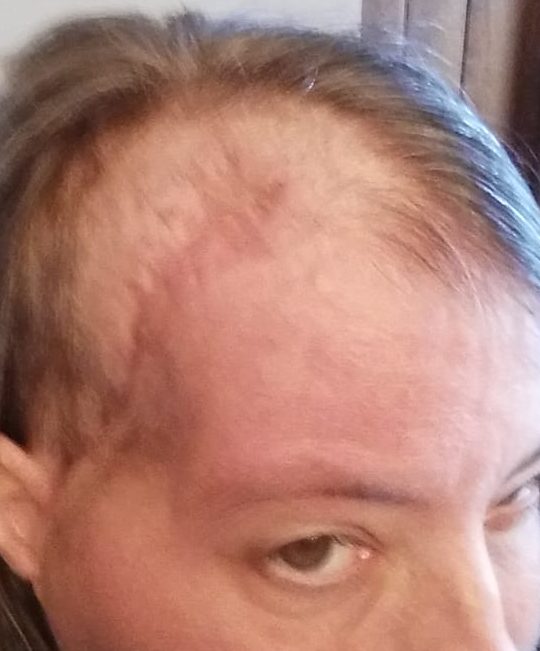 Jodi’s family stood ready to support her. Doug was at her side round the clock. He continued to cook plant-based, monitor food labels and avoid sugar. He noticed that even the BOOST ® shake recommended for weight gain was high in sugar. He pointed out the problem to Jodi’s mom, Judy, who researched recipes and delivered a high protein plant-based shake every day during the six weeks of Jodi’s chemotherapy and radiation. Judy, who worked as a critical care nurse for over 30 years, knew that Jodi’s odds of beating the tumor were bleak. She said, “I had never considered diet to be an essential factor in healing. But when Dr. Kachmann said she needed to cut the sugar and follow a plant-based diet, we decided to follow his recommendation. At the very least, it gave us a sense of power. We felt there was something we could all do to help.” Jodi cherishes the memory of her loved ones’ efforts. “I became so weak and lost so much muscle. It was a struggle to do anything. All I did was lay in bed twenty-hours a day and eat the vegetables and fruit they brought me. I had to build myself back up,” she said.

Dr. Kachmann’s advice motivated Jodi and her family to take responsibility for changes within their control. “We watched every documentary on the sheet,” recalls Julie. The family found one documentary to be especially relevant to Jodi’s situation. The C-Word (2015) details neuroscientist Dr. David Sevran-Schreiber’s journey to heal from brain cancer after surgery, chemotherapy and radiation. Diagnosed at age 31 and given months to live, he not only survived, but thrived for another twenty years. Dr. Sevran-Schreiber says in the film, “I realized they were doing everything they could to kill cancer cells, but they weren’t doing anything to help my body resist cancer itself.”

Doug and Jodi Gardner also purchased Dr. Sevran-Schreiber’s book, Anti-Cancer: A New Way of Life. While the book details a multitude of scientific evidence for the power of nutrition over disease, it does not promote false hope. It doesn’t promise that simply eating kale or celery is a cure. The core message emphasizes the importance of nurturing the body’s innate physical, emotional and spiritual defenses, while also receiving appropriate medical treatment.

The Gardner family is doing more than playing defense with food. They are grounded in their strong Christian faith. “I was not afraid,” Jodi recalls. “I never stopped praising God. He is good. I knew I would be ok. I knew where I would be, regardless.” The Gardner’s believe in prayer and community; church members intercede daily on Jodi’s behalf. They also believe in the strength of their family unit. Every Sunday, the large and lively clan gathers for a meal. Four generations of parents, children, siblings, spouses and friends exchange stories, talk about their faith and of course, share good food with one another.

Jodi’s cancer has changed the whole family’s approach to nutrition. Jody said, “We are very grateful to God that our eyes have been opened to see that whole, real foods can help and heal the body. We now actually crave vegetables and fruit and look forward to trying foods we’ve never eaten before.” Doug’s mom, Louise, said, “The more you look into the information about bad food, the easier it is to understand how we get sick. Your body has to fight off all the stuff that isn’t natural. I used to buy candy and pop for my grandkids. I thought I was being a good person. And here I was, buying them poison. The more I learn about what’s in the food, the madder I get.”

Jodi returned to work five months after being diagnosed with GBM. Her cancer is in remission. She says, “I know the diet helped me, but God healed me. We will be plant-based for the rest of our lives.” Doug knows Jodi’s return to health is a legitimate miracle but respects the call to diligence. “We can’t let our foot off the gas. We need to stay the course. So, we watch the documentaries and revisit the facts” he says. “We wouldn’t have known about plant-based eating if it wasn’t for Dr. Kachmann. That advice meant a lot, coming from a surgeon. If he hadn’t said anything, we would have continued as we were. And God only knows where we’d be.”

This week, twenty-six months after the GBD diagnosis delivered a death sentence, Jodi received another clean bill of health from Dr. Kachmann. She remains committed to her diet and living a healthy and happy cancer-free life. 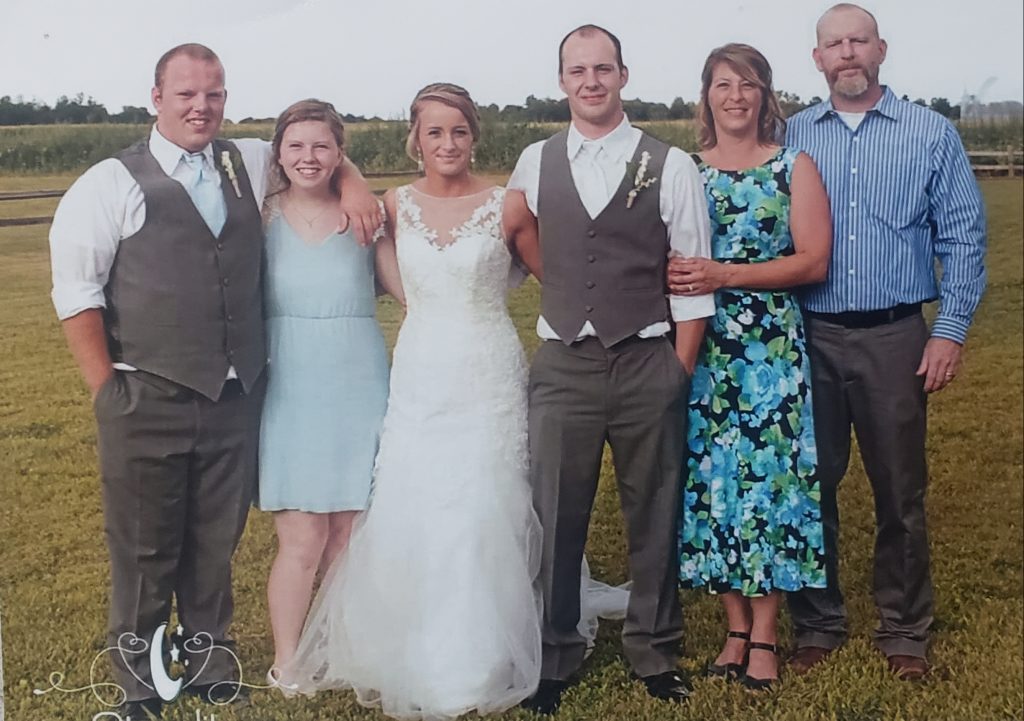 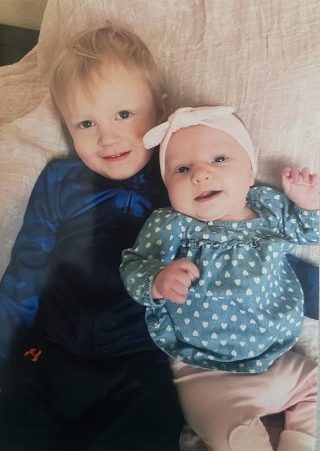