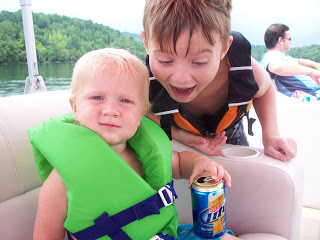 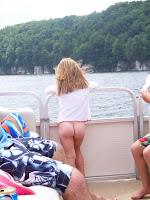 Is beef safe? Take a look behind the USDA regulations, and you might feel the need to cover your rear end….

We all have our chosen vices. Let’s not even name them, as living in sin if easier if grandma doesn’t know. But usually, naughtiness begins by age 2. Most people try to off-set the no-no’s with positive and healthy choices so that in the end, drinking a beer and getting naked on a boat are balanced with vegetable juice and an appropriate work wardrobe.

Which is why NOT knowing the consequences and the effects of a choice is all the more problematic. When your pros and cons list isn’t complete, it’s a wasted piece of paper.

The golden rule is one most of us understand as simple Karma. But take the rose-colored glasses off, and you might find more of a bullshit-brown tint. The real golden rule in America is “Whoever has the gold makes the rules.”

And those aren’t the kind of rules that are meant to be broken. Just ask Oprah. In 1996 she was sued by the “Cactus Feeders” and other representatives of the beef industry. They accused her of slander following her on-air a review of American meat production that included possible links between dimentia, Alzheimers and mad cow disease.

What was the slander that started the scandal? That the information linking mad cow disease to American beef had “stopped her cold from eating another hamburger”. 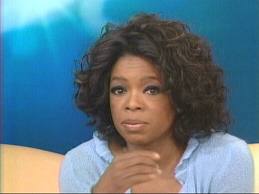 That comment cost Oprah millions of dollars and 6 years worth of legal nightmares. Although her case was dismissed in both state and federal courts and was barred from going to the Supreme Court, it still created a culture of fear. And since 2002, 13 states have passed “Ag-gag” laws designed to silence those who expose unsafe and abusive slaughterhouse practices. It’s even illegal to take photos or video inside many factory farms.

Meat producers rightly understand that if we don’t test for food-borne pathogens, then an illness can’t be traced to it’s source. And if no one sees the reality of animal agriculture, then marketing campaigns with healthy cows will never be connected to hospital beds with sick and dying people.

There are powerful, influential and enormously wealthy industries that stand to lose a vast amount of money if Americans start shifting to a plant based diet. Their financial health depends on controlling what the public knows about nutrition and health…. And the entire system–government, science, medicine, industry and media–promotes profits over health, technology over food, and confusion over clarity. And this is done in completely legal ways by unsuspecting and well-intentioned people. (The China Study)

Can You Spot the Conflict of Interest?

The USDA serves primarily two functions: to promote domestic agriculture and to provide the public with nutritional education and guidelines. And unfortunately, many of the most influential decision makers in the USDA acquire their on-the-job training by working their way through the ranks of food industry and  it’s lobbying groups.

For example, in a 2004, USDA spokeswoman Alisa Harrison, worked hard to spread the message that mad cow disease is NOT a risk to American consumers. Prior to her appointment, Ms. Harrison was the director of public relations for the National Cattlemen’s Beef Association, the industry’s largest lobbying group. Among several notable accomplishments, she was successful in stopping a large-scale government program that would test our nations cattle for mad cow.

According to the Centers for Disease Control and Prevention, humans can contract mad cow when they eat infected beef. And ‘beef’ becomes infected when the cow eats infected food. That is simple supply chain logic. Yet, according to a 2001 study by the General Accounting Office (GAO), large numbers of cattle feed producers do not have contamination prevention systems in place, and called the FDA’s inspection data base “so flawed” that “it should not be used to assess compliance”. Indeed, many producers were shown to not even be aware of the required FDA prevention measures. 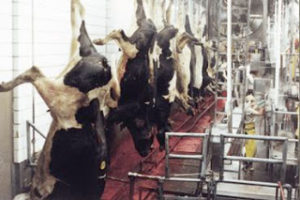 Is beef safe to eat? If you eat beef, you can’t avoid the risk. Cattle are slaughtered in large processing plants from multiple suppliers, and the ground beef you’re eating often doesn’t come from one cow…it comes from a vat of lots of ground up cows….assembly line style.  An ABC “Good Morning America” expose in 2009 found that burger patties made with 100 percent ground beef, purchased at a Seattle major supermarket chain, contained on average the DNA of 4 cows, and sometimes up to 8. Chew that in your cud for a bit.

The Centers for Disease control estimates that there are between 6 and 81 million food-borne illnesses in the U.S. each year, and up to 9000 deaths. And the CDC admits that non-reported cases are inestimable. And many of the greatest pathogens of concern didn’t exist 20 years ago; identification is a constantly changing and incomplete process.

Are you ready to accept or at least consider that we’ve been massively misinformed?…or shall I unleash Jack Nicholason’s awesome “YOU CAN’T HANDLE THE TRUTH!”

What can you do about this? Vote with your dollars. Buy and eat more plant products, support local farms, and when you do eat meat, meet the farmer first.

Want to know more? Check out The Reality Behind the USDA Dietary Guidelines… and Dimentia, Alzheimer’s and Mad Cow Disease.