How to Overcome Alcohol Use Disorder 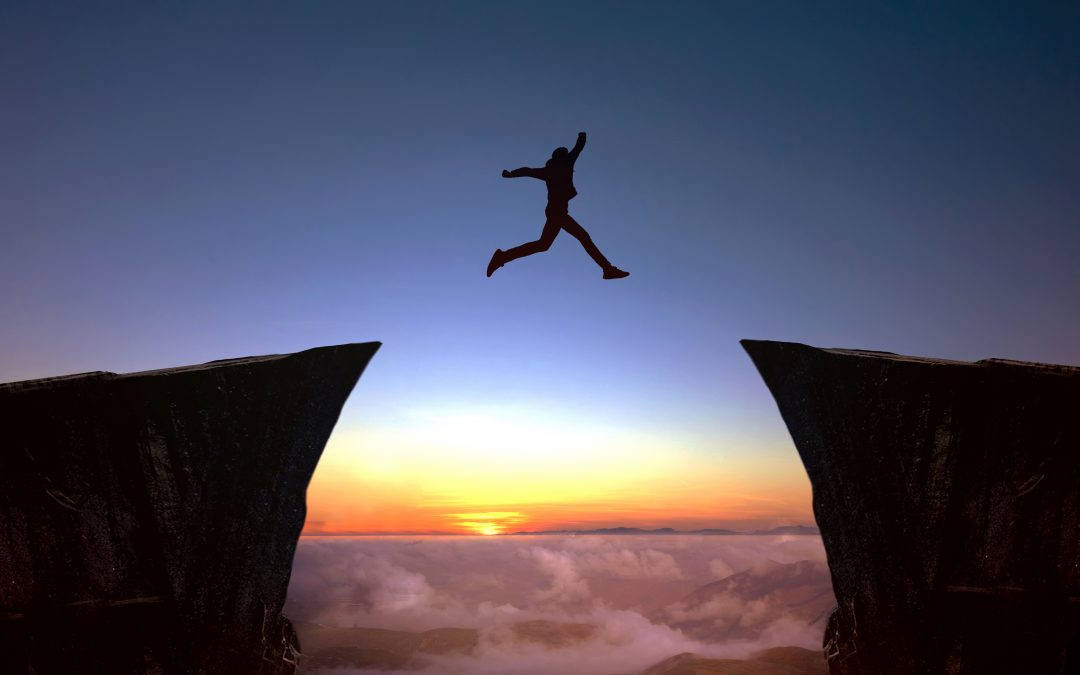 I quit drinking nineteen months ago. Overcoming alcohol use disorder was both hard and easy. Living with the decision to quit felt better than living with ambivalence. I’d had lawyers arguing inside my head 24/7. They couldn’t even agree that there was a problem, much less what to do about it. I mostly just felt relief that a verdict had been rendered. It was over—whatever it was.

The hardest part of overcoming alcohol use disorder was figuring out what to do with myself. Drinking and thinking (about drinking) consumed a lot of mental energy. I hid my preoccupation with a façade of productivity, worthiness and normality. “No problems over here! I’m happy and healthy! Hashtag Blessed!” After I quit drinking, I had no reason to keep pretending that everything was fine.

But “fine” is complicated. I felt well. Positive. At peace. I also felt uncomfortable. My brain was fuzzy. My emotions were unpredictable. It felt like I’d walked away from a bad car accident. There were no obvious injuries, but I was stunned and traumatized all the same–unsure what to do next. Do I stop and cry? Rejoice in gratitude? Just move on? See my doctor? A therapist? Have an existential crisis?

Yes. Yes. Yes–all the above.

Alcohol had been my go-to for managing anxiety. To borrow a phrase from our grandmothers’ generation, I believed it was the medicine I needed to “calm my nerves.” And so it was. The placebo effect is real. But like any medication, alcohol suppresses the symptoms of dysfunction while also creating new ones. Sadly, for those of us that rely on them, most drugs eventually lose their efficacy. We build a tolerance; side effects get harder to ignore. Alcohol kept me going for a long time. First it was fun. Then it was fine. And then it was neither.

Once I accepted that I was not doing myself any favors, and actually hurting myself, I was able to overcome alcohol use disorder.

Recovery is the process of learning to live authentically—sobriety is just the gateway to self-love and self-care. When I quit drinking at age 46, I was on the cusp of a midlife identity crisis anyway. I had raised four children, experienced divorce, remarriage, stepchildren and multiple careers—including being a “stay-home” parent. My sole purpose in life had been to reflect what the people around me expected. The concept of “loneliness” felt like a joke. How could I be lonely when I have no time for myself? I hadn’t even peed with the door shut in twenty years (at home). In my mind, alcohol was a sacred form of self-care—a hard-earned reward for a job well done (or at least the absence of criminal charges). It helped me cope with the never-ending stress.

Alcohol is the Problem Not the Solution

Unbeknownst to me, alcohol was my number one source of stress. It overshadowed the other problems vying for second place. My belief that only “alcoholics” are addicted to alcohol prevented me from seeing the truth. I thought I drank every day because I wanted to. Granted, the amount I consumed was a source of shame—it wasn’t lady-like. I relied on positive self-talk to reassure myself. Fuck the patriarchy—I can drink like a man–and all that. But trying to function while either intoxicated, hungover and/or distracted became a very high-stress, full-time job.

Alcohol is a serious handicap.

Deciding to “get sober” seemed to require me to stop drinking AND admit I was an alcoholic. Unfortunately, in our intoxicated culture, it’s a step down to go from high-functioning drinker to a sober alcoholic. That’s quite the contradiction considering the balls it takes to admit there’s a problem.

We’ve been brainwashed to believe there’s a difference between normal drinkers and alcoholics. There isn’t. Coffee drinkers experience withdrawals from caffeine when they stop. No one is encouraged to use heroin “responsibly.” Anyone who smokes every day is addicted, yet we don’t refer to former smokers as “cigarette-aholics.” Overcoming an addiction in any other context is viewed as powerful. With alcohol, the path to freedom is marked “powerless.”

Fuck the patriarchy. And all that.

Upgrading my status to “badass” was my first act of self-love as a newly sober person. If people can pick their pronouns, I can reject the “alcoholic” stereotype. “Hi, my name is Colleen. my pronouns are she/her and I am NOT an alcoholic.”

Sobriety isn’t just burning your bra and flying the bird at the cultural hypocrisy. It’s called recovery for a reason. No matter how high functioning you are, drinking takes its toll on emotional, mental and physical health. Alcohol is a drug classified as a depressant. Think about the expectations we have for antidepressants (SSRIs inhibit the reuptake of serotonin). Yet we expect regular consumption of a depressant drug will make us feel better? In reality, alcohol downregulates the natural production of dopamine because the brain comes to rely on the booze. If we don’t drink, we’re left with a dopamine deficiency.

And that’s the cycle of addiction. It’s not that we want to get high. It’s that we feel low without our “medicine.” It’s not unusual or even shameful. It’s simply how drugs work.

The average recovery time for brain chemistry to recalibrate after quitting drinking is fourteen months. As most of us also have a low tolerance for emotional discomfort (because we used alcohol to treat that), it’s easy to understand why early sobriety is difficult. These symptoms are known as post-acute withdrawal syndrome (PAWS). If you don’t understand what’s happening, it’s hard to stay the course. It’s easier to think that life was better when we could at least look forward to drinking. Unchallenged, that thought gets stronger, which is why PAWS is the number one reason we start drinking again.

There are a lot of things you can do to accelerate recovery, but “blah” days are inevitable. I’m now 48 years old, and recovery has taught me that self-neglect is not a function of resilience. There’s no hack around the hard stuff. Whatever we refuse to deal with will eventually bite us in the proverbial ass.

Overcome Alcohol Use Disorder with Self-Care

Self-care is now my top priority. I am challenging the urge to agree to things I don’t actually agree with. I’ve stopped using other people’s opinions of me to calculate my own. I know that self-care is more than just keeping myself pretty and presentable. When I find myself reaching for a substance to control my energy and mood, I stop. Instant gratification leads to long-term deprivation. My needs are no longer negotiable.

Overcoming alcohol use disorder wasn’t easy. But living with it was worse–and pointless. The battle I waged was against myself. I used to laugh as I poured my wine–“No good story starts with a salad!” I now smile as I sip my mocktail. No good story ends with–“she drank every day and lived happily ever after.” 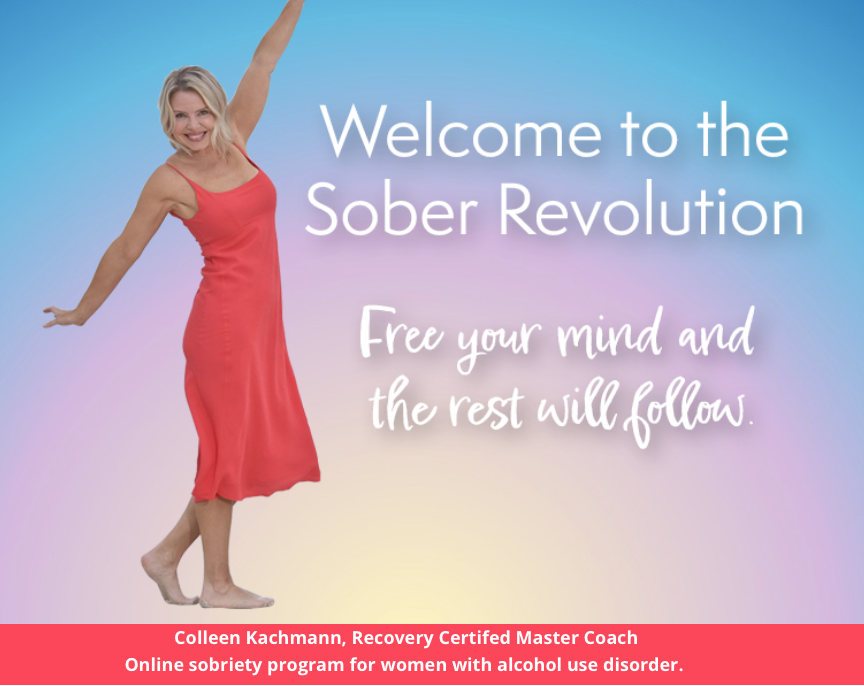