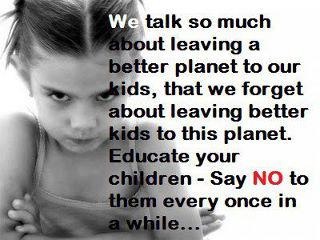 Hey, parents, we need to start a fight. Well, maybe more like a war. I’ve personally avoided it for a long time. I’m very, VERY busy, you see, and I was hoping someone other than me would take a stand.

I’ve tried to live a life of compromise and tolerance, and I still believe in those things. But enough is enough. For the sake of my children, I can no longer look the other way when my kids are constantly being given bad food. Candy is doled out by everyone from bus drivers to receptionists, even fancy restaurants have children’s menus full of chicken nuggets and french fries, party food is always pizza or hotdogs and every doctor will tell you that kids need milk and meat for calcium and protein.

Every party has a pooper, and this story needs a bad guy. Unfortunately, I don’t think a pair of vampire contacts and sexy fangs are going to cut it. We need to get really ugly and scary. I’m thinking hockey head gear. Or the Scream face mask.

Since I decided to work for change in school food, I’ve gotten side-tracked and realized that school lunches, with the ground-gristle-washed-in-ammonia-served-on-a-HFCS-filled-white-bun next to soggy french fries and strawberry-flavored milk filled with antibiotics and hormones, are the LEAST of the problems.

Yes, it gets worse.

I’m waking up to the reality that my kids are constantly handed junk food.  Every day…multiple times. (There is no such thing as junk food…there’s junk and there is food…)

I recently asked my kids to start bringing home the wrappers when they are given candy. I encourage them not to eat it, but I didn’t arrive in Mom-ville yesterday, so I know they do. So I told them to just let me see what they’re eating. And every day, I try to hide my anger as my sweet kids unload their pockets and book bags to show me fun-size Snickers wrappers, smarties and dum dums, candy cane wrappers (it’s April, but someone can’t just throw them away?) and much, much more.

I hide my anger at my kids because it’s not them I’m upset with. They are kids. It’s the adults in their lives who are refusing to respect my right as a parent to teach my kids how to properly eat. It’s the adults in this world who are poisoning the future. I believe processed sugar is toxic. Yet everyday, when they walk out the door, the world bombards them with commercials, advertisements, false information, and bad examples.

We have no say. No control. No choice. The world is making the decision for us, and our kids are paying the price. Stomachaches, headaches and mood/energy swings are only the tip of the iceberg. Obesity, diabetes, allergies, asthma, auto-immune and hormone disorders…. Food can be poison…it can also be medicine!

And if you feel the same way, please, stand with me! Stop giving in and letting those who are wrong make you feel like the bad guy. This is a life or death situation, just like seat belts, cigarettes and bike helmets. Together, we can shift the tide, and help our children grow up healthy, strong and happy. And the more of us that take a stand, the easier and more “normal” good eating habits will become.

Be Somebody For Your Kids!

Once upon a time, there were four people; their names were Everybody, Somebody, Nobody and Anybody. Whenever there was an important job to be done, Everybody was sure that Somebody would do it. Anybody could have done it, but Nobody did it. When Nobody did it, Everybody got angry because it was Everybody1s job.