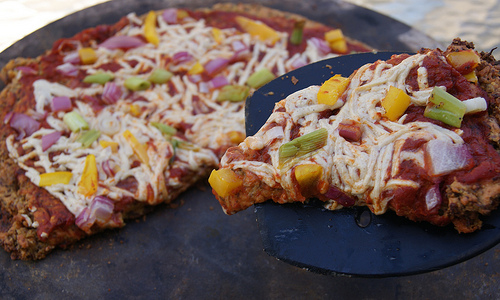 I said I’d never wear brown and gray in the same outfit, but this season, I’m sporting camel riding boots with gray leggings (and I feel very stylish!). I also said I could never be a vegetarian. And then I Woke Up Vegan.

I have a lot of sympathy for celiac sufferers and autism, and firmly believe that diet can have a huge impact on these and many other disorders, but I’ll never go gluten free.

I ran into a cardiologist friend at a cocktail party a week ago. A year ago, he pointed me to the China Study, by Colin Campbell, PhD. That book opened my eyes, validated my vegan lifestyle; I’ve been preaching it like it’s my job and buying it by the case for my go-to gift closet. If you are a regular reader, you know that it’s been a huge source of passion and data for this blog.

This year, he shook his head a bit when I brought up the China Study.  He said there just might be some other variables influencing the sweeping conclusions, and while eating fruits, vegetables and unprocessed foods is always the right answer, he’s added fish and eggs back into the periphery of his diet and begun to focus on his wheat intake.

I’m vegan for more than just health reasons. The horrid treatment of animals on factory farms, the environmental damaged caused by all the farts and poop emitted from our pre-plate meat supply, and the amount of land used to grow feed and graze the livestock are issues that I will continue to champion. If anything, the healthy side effects are just a bonus.

But physical health may be more complicated (is vegan simple?) than just eliminating meat and dairy from the diet. He recommended that I begin Wheat Belly by William Davis. And after some thought-provoking Facebook friends (who lean towards the Palio diet) challenged a post in which I declared all saturated fats and cholesterol to be unhealthy, I figured it was time to update and maybe expand my knowledge base.

And I think I just Woke Up gluten-free.

The only reason I haven’t thrown the book into the fire and embraced my ‘ignorance is bliss’ mantra is that  except for extreme health cases, gluten-free doesn’t have to be an all-or-nothing lifestyle. So far, I haven’t felt any guilt for eating a piece of bread. I simply am more aware of my choices and their consequences.

The HVH (Hot Vegan Husband) is also reading Wheat Belly (on his iPad, as I don’t share well…) and finding a lot of things that resonate. He’s allergic to grass and beer, and he’s a self-diagnosed bread addict. He carries his freshman 15 around his midsection (ah’hem…”wheat belly”?) despite his amazing success at sticking with unprocessed, whole and vegan food.

So tonight, I made a vegan and gluten free pizza. Two of them actually. And they rocked the house. There was singing, dancing and unusual levels of merriment, the dogs were howling (and they didn’t even get any!), and there isn’t a crumb left. Eat your heart out, Pizza Hut.

By the way, I can only imagine that I consumed more calories in this meal than I have in any one meal for awhile. So while the “wheat belly” may fade, the pizza badonka donk may follow. Stay tuned…:)

The Ingredients. (I shop with Green B.E.A.N. Delivery; most of these products were purchased through them.)

The gluten free crust is difficult. I’ve tried this brand before, and had dismissed it as problematic. With new determination, I followed directions almost completely. (It called for corn meal as the ‘flour’ to kneed and roll the dough, but I had tapioca flour, so I substituted.) The dough was very sticky and required a lot of excess tapioca, but once my kitchen looked like a white powder bomb exploded, I had it right. I coated with olive oil, let it sit for thirty minutes, then pre-baked for 10 minutes, then added sauce and veggies and cooked another 15 minutes, (and I thought vegan was high maintenance….:)

I added the veggies that I had, so nothing is mandatory…except the illegal amount of fresh chopped garlic. If you don’t know how and why to use fresh garlic, click here.

And if you forced me to make a comment, I would say that the Follow Your Heart Vegan Gourmet Cheese alternative is creamier than Daiya brand. I still love and support Daiya and I’m thankful to have two great brands from which to choose.

Let me know what you think!